Islands of Peace Beyond Time

Gyosho Morishita is a Buddhist monk of the Nipponza Myoho order.

He arrives in Comiso in 1982 during the cold war, on the wake of the protests agains the installation of nuclear missiles in the Sicilian town: a young monk in the far region of Ragusa with great responsabilities and expectations.

He cultivates a utopia; the dismantling of the Nato base and the construction of a Buddhist pagoda, tangible sign of the dream of human peace. Today his utopia has come true. Since the 24th may 1998, in Carnicarao, a place near Comiso, just in front the ex- base, today going through a transformation process, his pagoda, unique of his order in Italy, stands in all its whiteness, now meeting place for meditation. After reciting (saying prayers), we go into the kitchen to have e fruit juice and the biscuits that Morishita shares with everyone follows him in prayers. Looking out of the window I am dazzled by an enormous red lighthouse furrowing the horizon, while turning around I meet the monk "˜s glance telling me: come on, take another photo! He is making fun of me!

Morischita's days' pass slowly and in tranquility, they all seem the same. On the contrary a lot of things have changed. The hill where he lives overlooks the Ragusa valley that from the foot of the mountain brings to the Mediterranean beaches. From here you can see the American ex base that, thanks to a Parliament resolution, under Craxi government, housed 122 " Cruise", nuclear warhead missiles, testifying the Italian engagement to join in Nato missiles project.

Morishita shows me that spot with his fingertip. Next to the airport control tower he built his first wood and zinc sheets house. For 15 years he had been reciting and saying prayers around that fence. At the end of the 90s, when the cold war and the antisovietic block were over and after many years of demonstrations, the base is dismantled and the missiles removed.

Morishita, instead, stays. His order decides that, in that territory midway between the north and the south of the world, in that Mediterranean island witness of millenarian struggles, his presence and his prayers are necessary. And this was and has been for thirty years, now. He remembers his youth when he was his teacher Guruji's assistant. He shows me some pictures and tells about the long peace marches, that brought him to New Orleans and New York and made him go back to the roads of Birmania, Sri Lanka and Sicily in the end. Even today the monk walks through Comiso with his drum playing the Loto Sutra. During the way, he stops at his friend Angelo's hardware shop, with whom he shared the struggles during the years of the protests against the American base.

He stops to read his mail and to rest his knee that has recently had an operation. The Sicilian village's people greet him and chat with him; despite his Japanese origin Morishita is considered a Comiso inhabitant as everybody else. The disputes years have gone and now the people go to see him for reciting and to find some tranquility, to meditate. Young boys and girls come to have a shot in front of the pagoda and other people, come for tourism or curiosity. Morishita greets everybody with a big smile, open to share his knowledge and his utopias with everybody desires to approach the pagoda that whitens the Comiso hill. 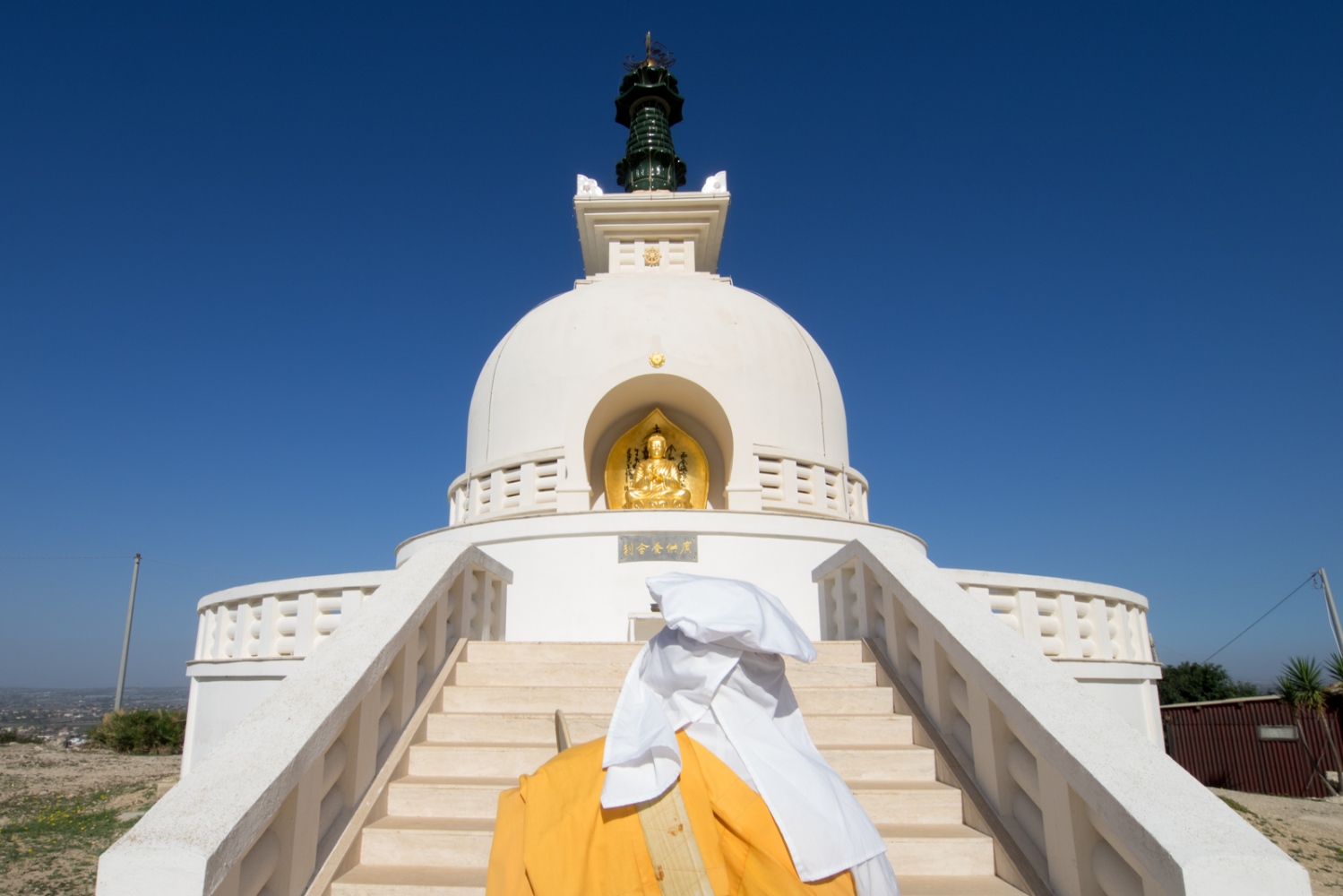 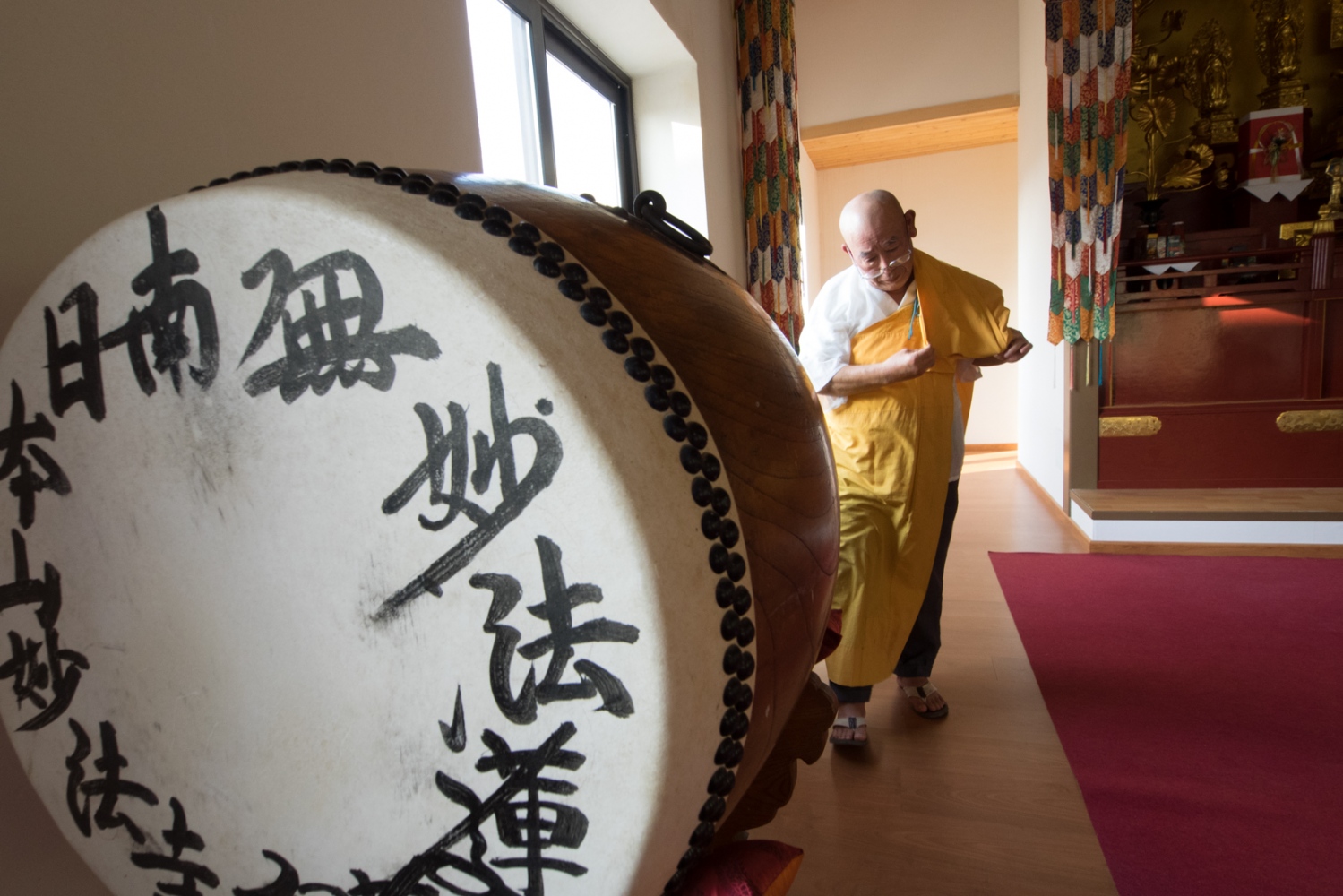 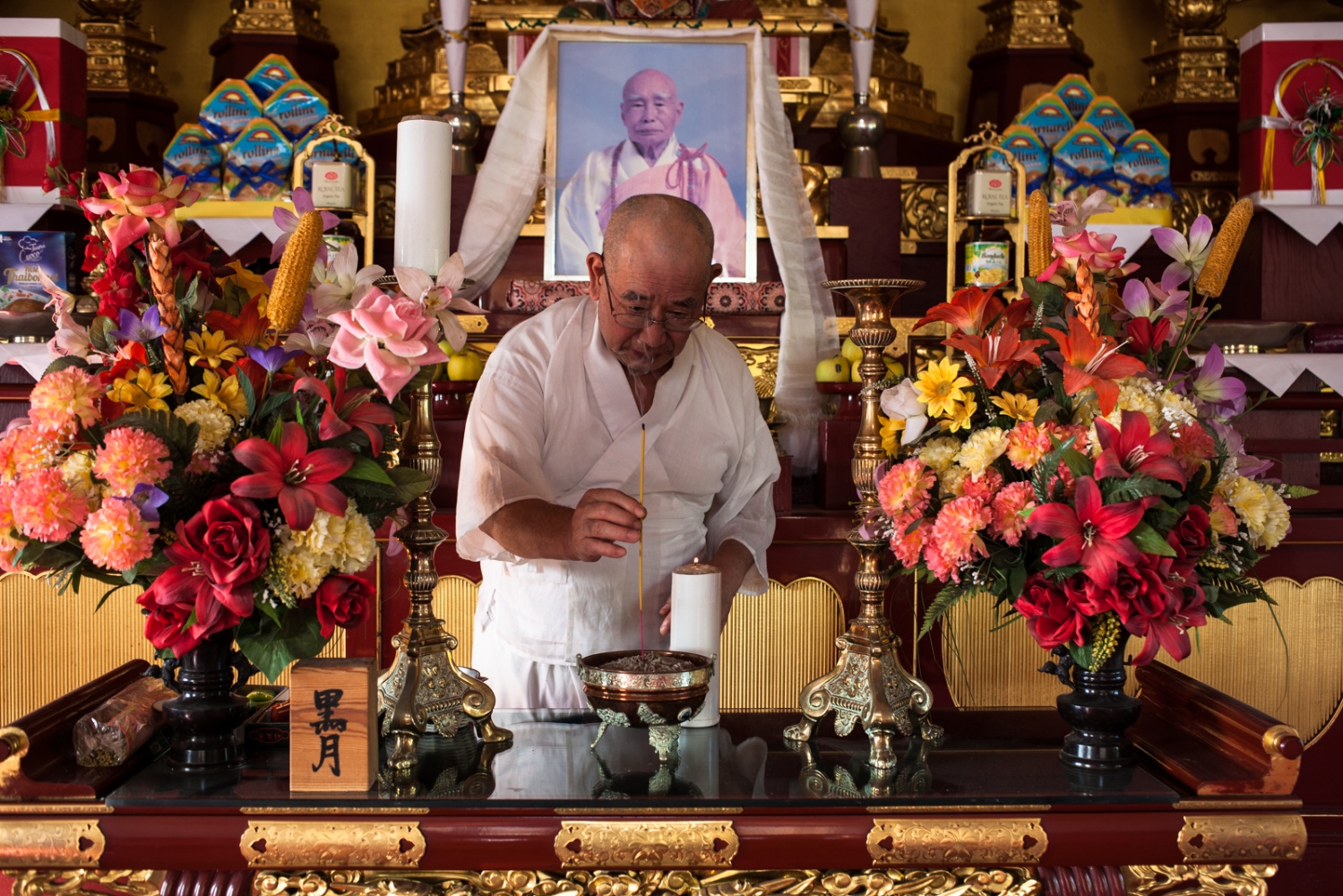 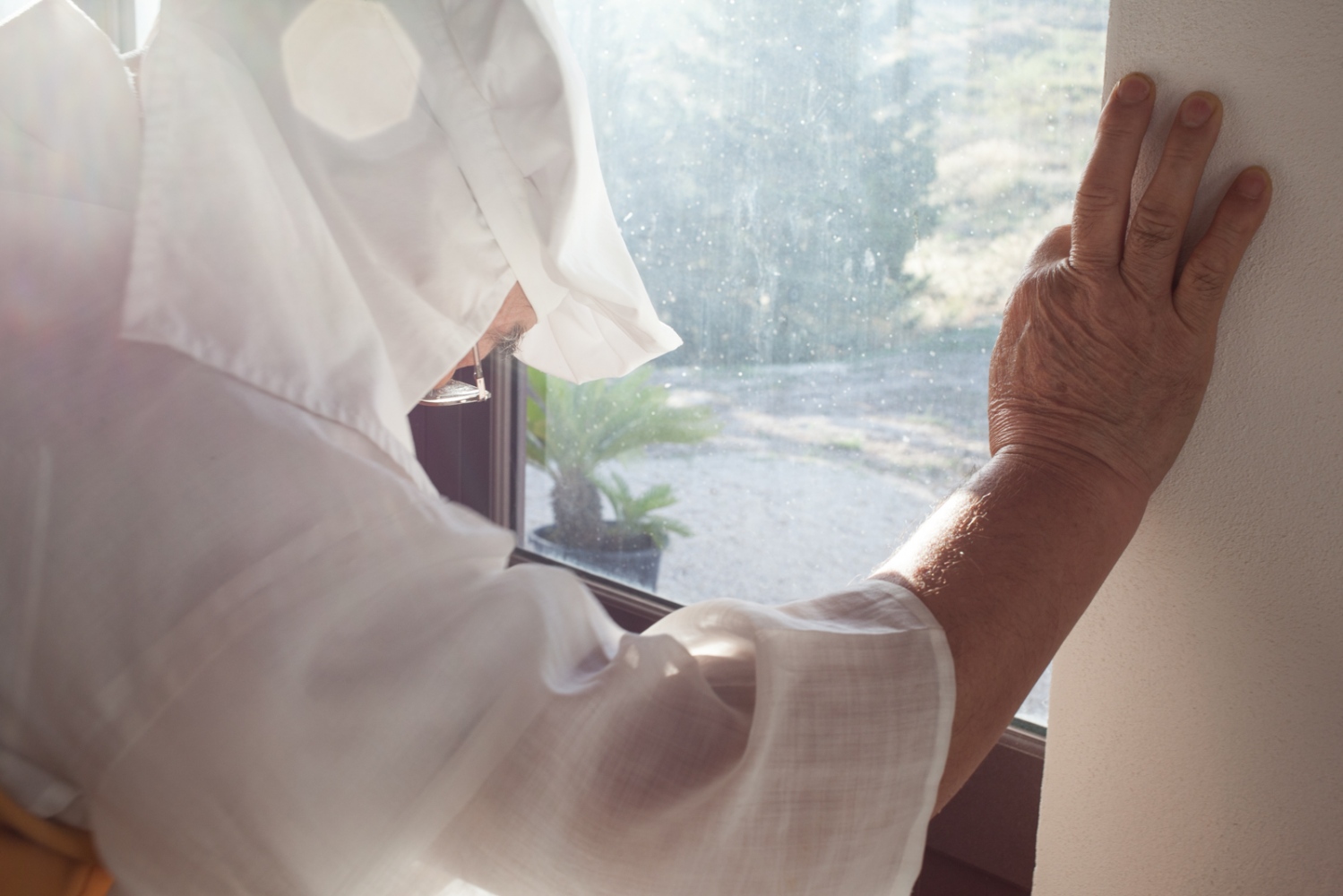 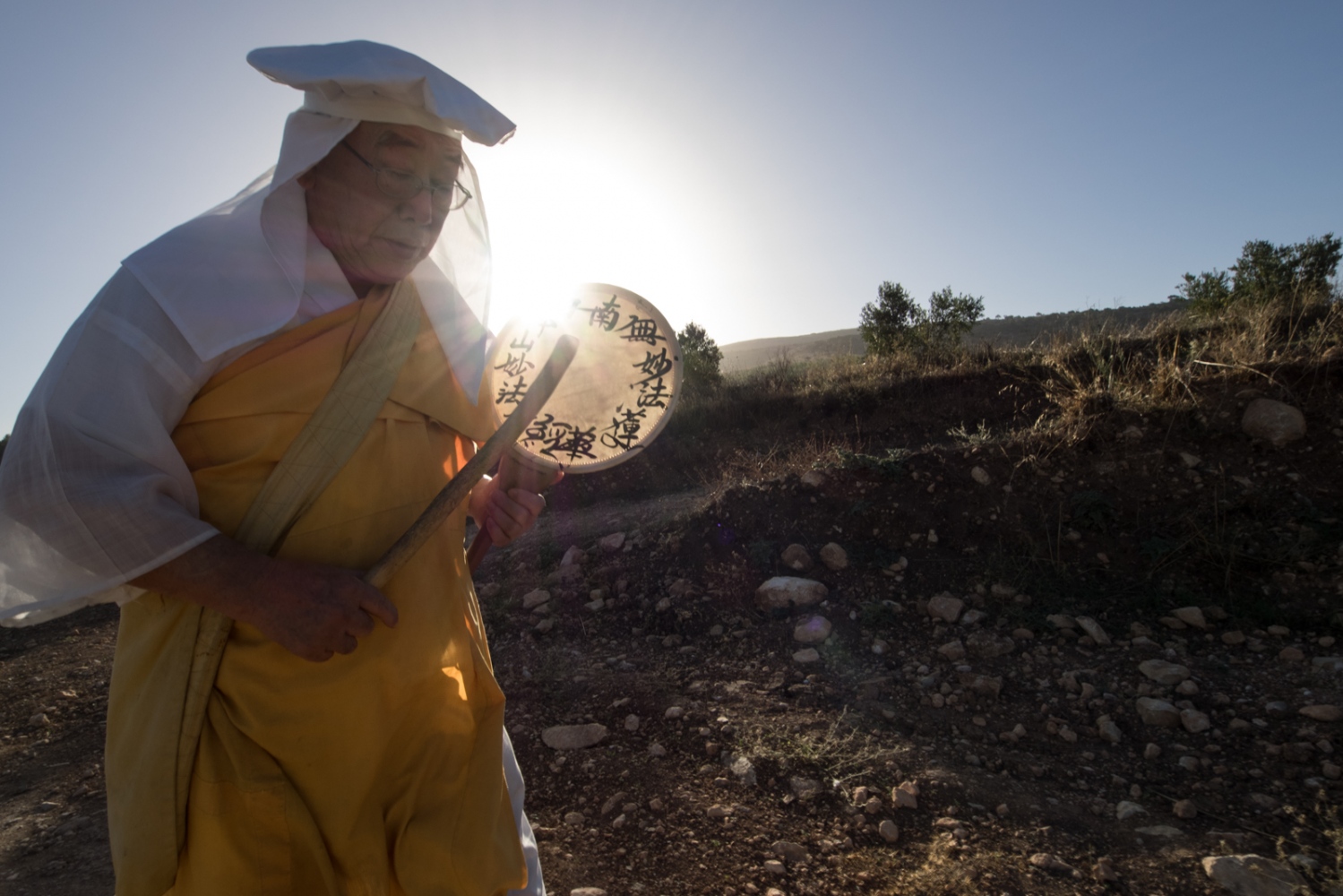 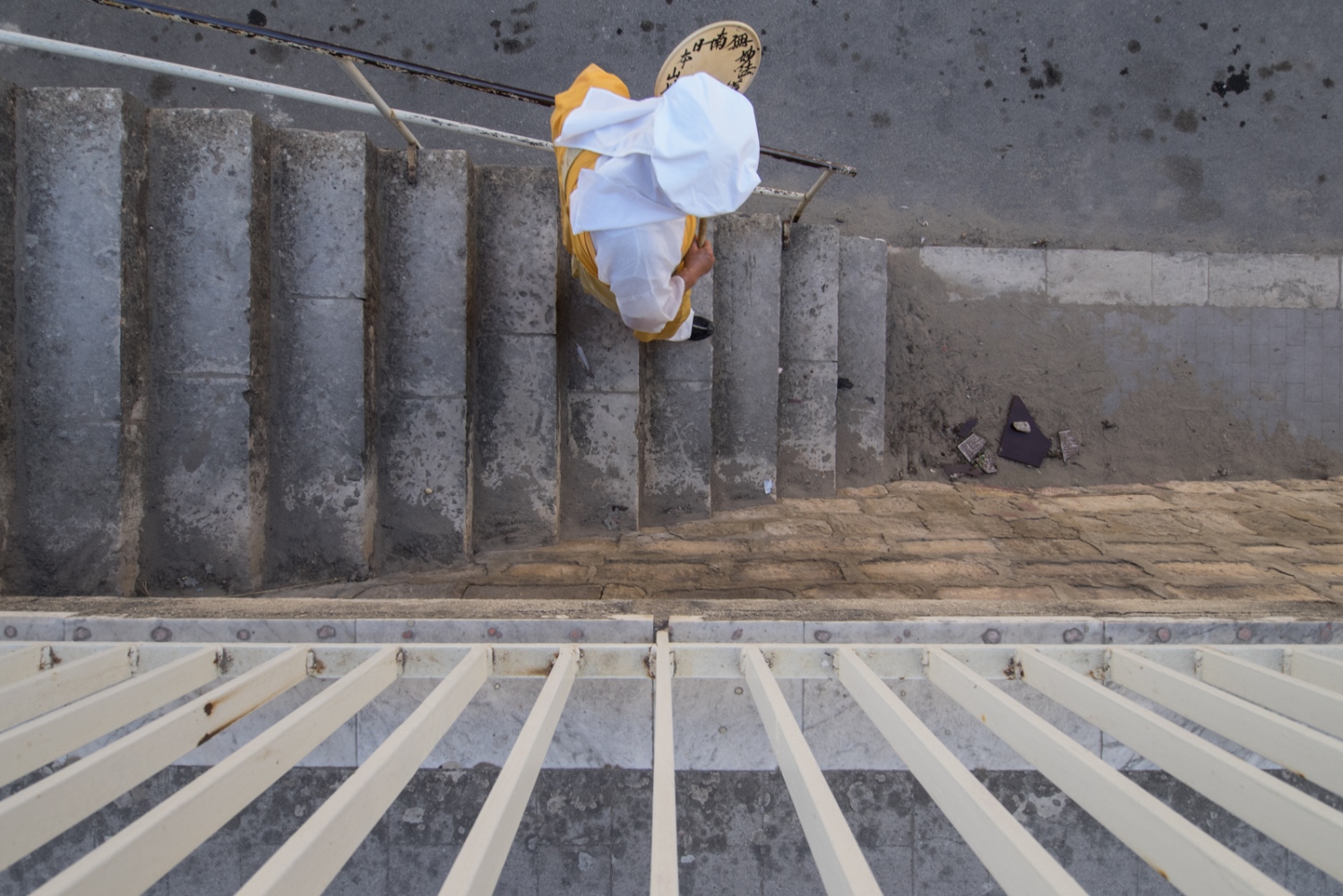 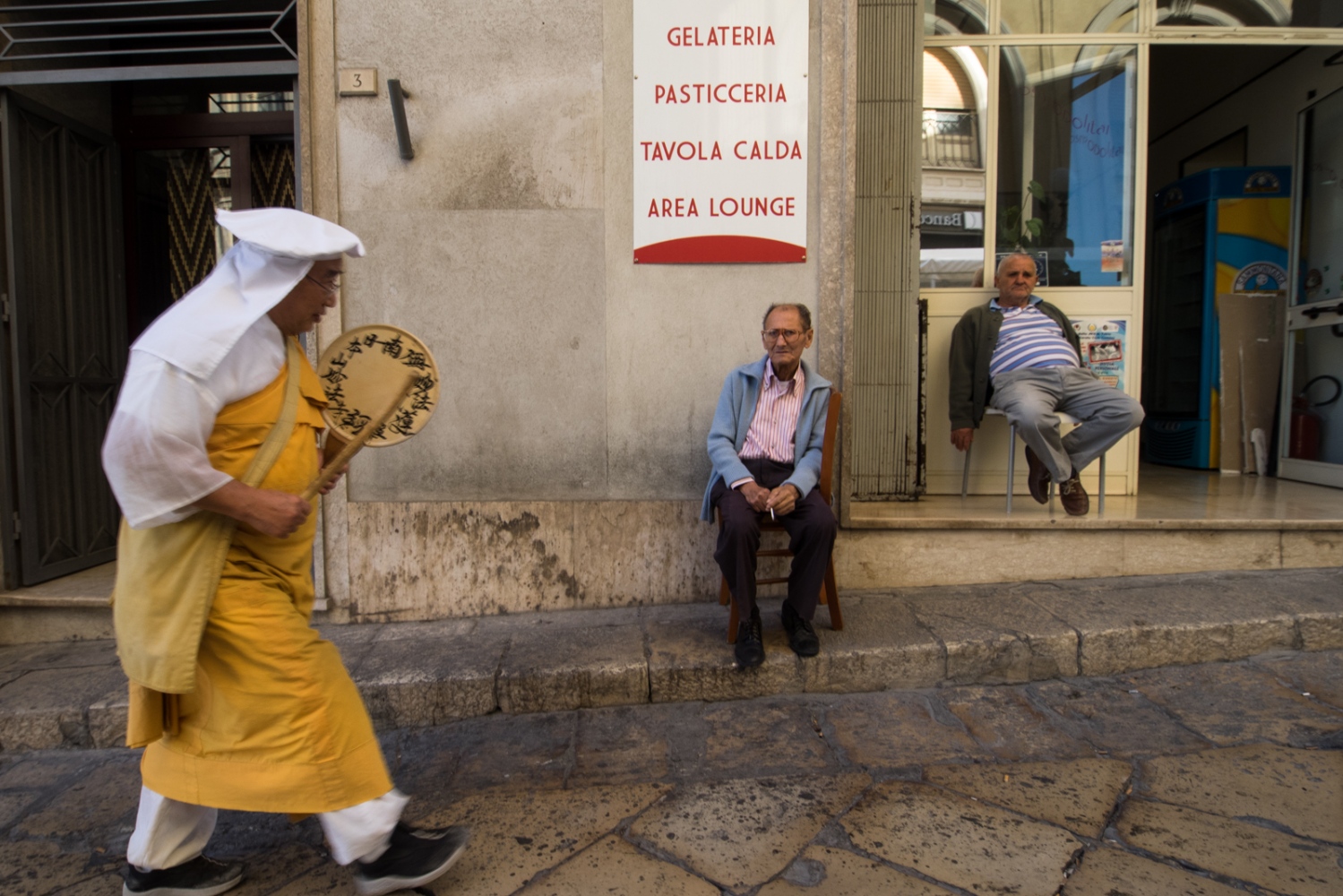 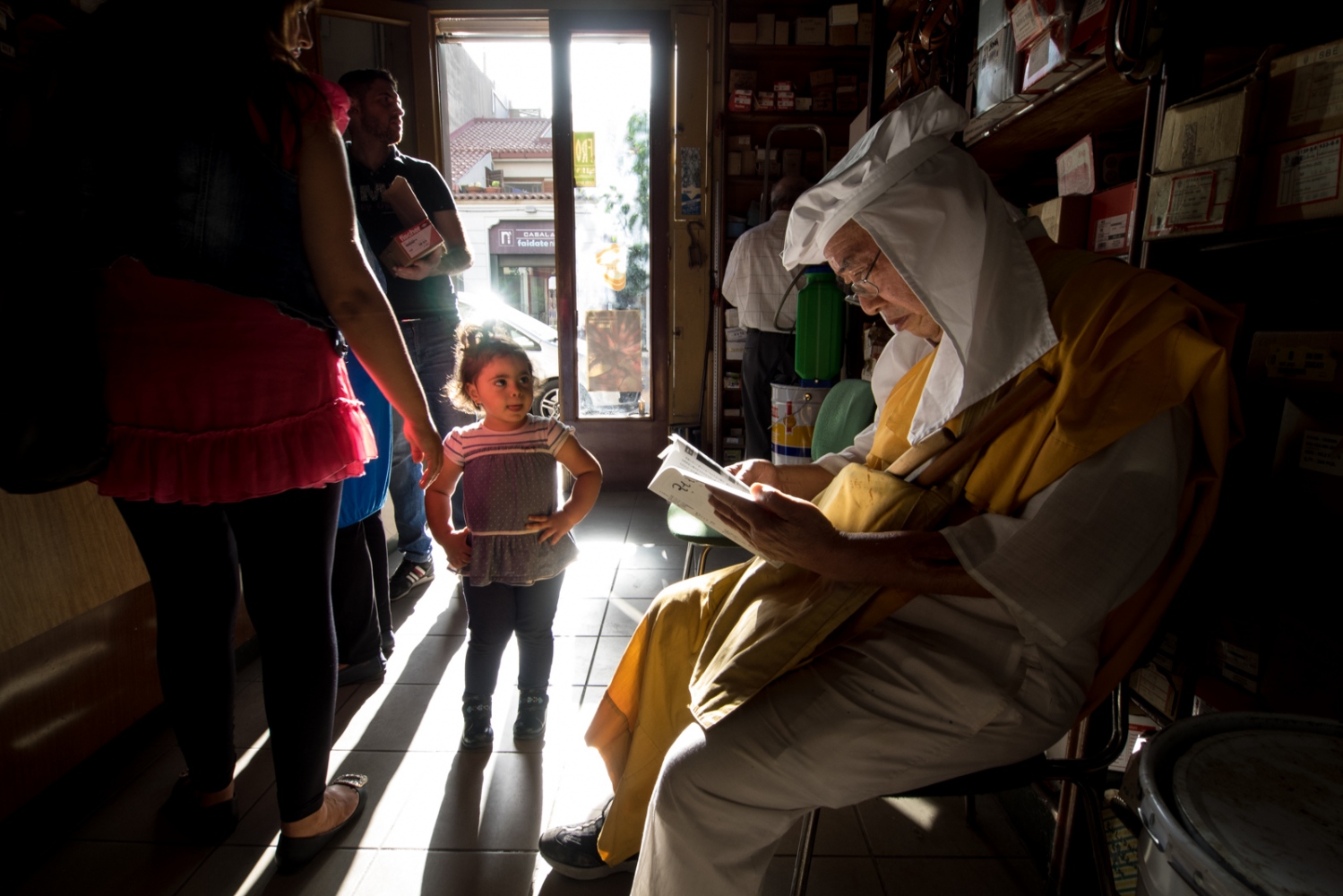